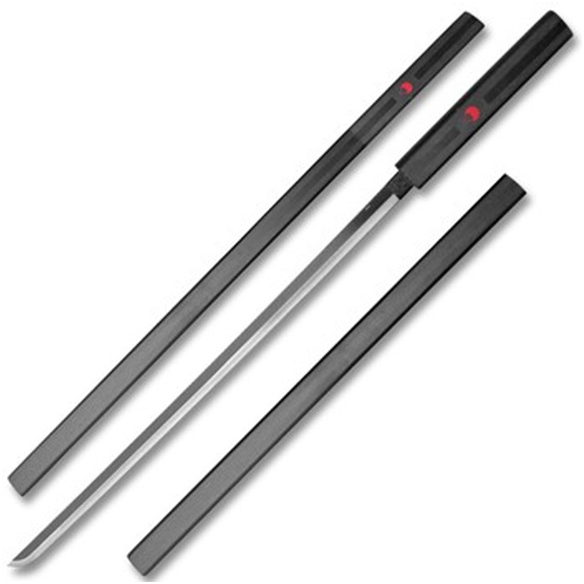 When it comes to cosplaying characters from Naruto, there’s definitely a large pool of very cool and very endearing characters that one could choose from. However, for some, nothing beats being able to cosplay as a formidable and deadly swordsman.

Out of the top of one’s head, the most stand-out swordsman in the Naruto series is, of course, Sasuke Uchiha. However, there are also other notable swords and swordsmen in the series that would also make for awesome cosplay. Not sure who those characters might be? Keep on reading to find out which other characters have demonstrated exceptional kenjutsu through the Naruto series.

One of the last surviving members of the Uchiha clan, Sasuke is one of the series’ main characters. While Sasuke’s Rinnegan may be completely overpowered, it’s the fact that Sasuke is not totally reliant on this that makes him utterly amazing. To go with his insane power are his equally insane abilities and swordsmanship.

Sasuke’s sword, the Kusanagi, has the same name as the sword of his previous mentor, Orochimaru. The differences between the two are vast,  both in terms of their looks and their powers. In the battle between Orochimaru and Naturo’s Four-Tails form, for example, Orochimaru’s Kusanagi Blade was able to extend and retract over long distances. Add to that the fact that Orochimaru can control his Kusanagi telekinetically as well.

Sasuke’s sword with the same name, on the other hand, didn’t seem to have any of these powers. However, Orochimaru’s Kusanagi was said to have the reputation of being able to cut through almost anything. Sasuke was able to achieve this cutting edge when he ran his Chidori through the blade, which gave it the extra sharpness and made it capable of paralyzing those struck by it.

2. Killer B and his Seven Swords

The adoptive brother of the 4th Raikage, and the Jinchuriki of the eight tails, Gyuki, Killer B has some mad swordsmanship skills. What makes him stand out, however, is the fact that he doesn’t use just one sword. He uses seven!

Fans of this rapping ninja may be hard-pressed and challenged to try and wield all seven swords the way that Killer B does. Anyone able to pull off his iconic pose is definitely worth taking a photo with. More than their sword-wielding prowess, however, what ultimately makes up an awesome Killer B cosplay is one’s mad rapping skills. Before stepping out onto the convention floor, then, it may be a good idea to memorize some of those killer rhymes from the series.

3. A Young Kakashi and His Kenjutsu

In his adulthood, Kakashi Hatake was mostly known for his use of his Sharingan, gifted to him by his childhood friend Obito Uchiha. However, during his younger years, some avid fans might recall that Kakashi often carried a sword with him and displayed some exceptionally amazing kenjutsu.

Why he stopped carrying a blade in his older years isn’t addressed. However, for fans of the awesome sensei and 6th Hokage of the Hidden Leaf village, cosplaying as the younger, sword-wielding Kakashi is definitely an option.

A member of the Seven Swordsmen of the Mist, Zabuza is the first major antagonist that Team 7, composed of Naruto, Sasuke, and Sakura, encounters. Originally a mission to escort a master bridge-builder to the Land of Waves, their mission hit a snag when they came across The Demon of the Hidden Mist, Zabuza.

Zabuza’s sword Kubikiribōchō has the ability to regenerate using the iron drawn from the blood of its victims. This meant that whatever damage was done to the blade could be instantly repaired as long as it continued to draw blood. Fans of huge swords would find a good cosplay choice in Zabuza.

Speaking of huge swords, cosplayers looking to wield odd yet powerful blades are sure to enjoy cosplaying as Kisame and Samehada. One of the members of the Akatsuki, Kisame’s most memorable battle was against Killer B, where Samehada’s terrifying abilities were unleashed. Covered in sharp scales all around, Samehada has the ability to absorb huge amounts of chakra, which really puts pressure on Killer B during their battle.

Judging from its appearance, building a replica of Samehada to cosplay with would take a lot of work and effort. However, anyone that’s able to pull it off will definitely stand out at a cosplay convention.

Where to Find Swords for Cosplaying

Cosplaying as swordsmen is definitely fun. You not only get to dress as your favorite character, but you get to twirl that fancy sword around and showcase some skills. Finding the right swords for cosplay need not be too difficult either. Ice Imports has some amazing sword replicas from Naruto, One Piece, as well as the Demon Slayer: Kimetsu No Yaiba series. Be sure to check out their store for some amazing carbon steel replicas.