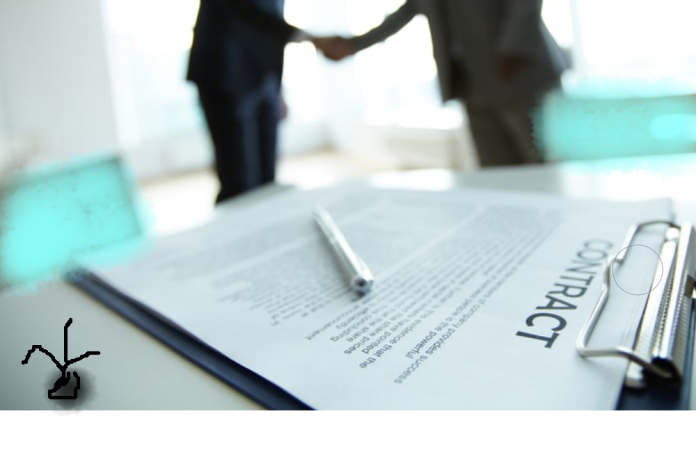 It makes a new contract between two or more parties, The old debt/agreement is nullified, and there’s a new one. It’s important to note that you cannot be forced into a novation. Novation cannot be used in a situation where the debtor obtains a new creditor without changing or extinguishing the obligations of his original contract.

The old debt/agreement is nullified, and there’s a new one, but the senior creditor is required to compensate for the loss suffered by the old debtor. This is also called Purging.

The old debt/agreement is nullified, but the new creditor does not have to compensate for the loss suffered by the senior creditor. The original debtor must pay his original creditor in full before obtaining a new one.

When novation can be used

A novation can be used when a creditor wants to make a new agreement with the debtor after the old one has become impossible or is in breach of contract. For example, if an individual borrows money from a bank, the loan becomes in danger of default because no payment can be made.

The lender may agree with another person to take over the obligation. This is called novation. On the other hand, if the original creditor allows the debtor to take out another loan with a different lender without changing or extinguishing the obligations of his original contract, then this is called subrogation.

When novation is not allowed

A novation is not allowed in some instances, like where it defeats an express term of the agreement/contract, where there’s a law against it, and a public policy against it. However, the original creditor may agree to change the repayment terms to help the debtor meet his obligations where this is practical and does not violate an express term of the agreement/contract. The new creditor may also accept a lower rate of interest or indeed make no charge at all.

With a novation, the borrower and lender take on new parties to replace one or more original parties in an existing loan contract. This can be done through assignment, substitution, and assumption.

The lender assigns all rights involved in a real estate transaction to another party for consideration such as money through the assignment. The transfer of ownership is complete when the assignee accepts. Acceptance can either be explicit or implicit. Explicit approval is when the assignee expressly assumes all rights and responsibilities in a written contract. Tacit acceptance occurs when the assignee makes use of benefits from real property or performs actions that would be required by ownership, such as paying taxes.

Through substitution, one party replaces another without consideration. The borrower does this by selecting a new lender but not asking the prior lender to cancel the existing contract. A notice of novation must then be given to all parties involved to terminate the previous loan agreement. Assumption requires both parties of the current contract to agree on a new party assuming the responsibility of that prior contract.

There are many risks involved with real estate novation. One risk is an injury occurring during the transition between borrower and lender, which could affect the future of the borrower’s title to his property. Another risk comes from the mishandling of documentation or recordation.

Nominations are a straightforward concept, but they can be challenging to implement since three parties must agree: the transferee, the transferor, and the counterparty. In the second scenario, the counterparty may also want to avoid taking on the risk of a new party that may not fulfill the terms of the original contract.

Professionals often use assignments instead of novations when novations aren’t possible. When wholesaling real estate, assignment contracts are standard. A contract assignment involves only one party transferring its benefits to another while the original agreement remains intact.

In the United States, the Uniform Commercial Code (UCC) governs real estate novation. Although state laws vary, a few important things should be noted by parties involved in a real estate novation which are commonly found under Article 9 of the UCC:

Under Article 9 under section 9-301, a novation is completed when all parties to the original contract are notified of the substitution or new party. There must be an agreement between all involved for there to be a binding contract. Parties that receive notice are called “affected parties.” If an affected party does not respond within 30 days after receiving the message, they consent.

Under Article 9 under section 9-305, an assignment must be recorded to become effective against third parties. The recording is only valid if the assignor (the original borrower) and assignee (the new lender) consent and all affected parties (the actual lender or borrowers) are given notice. This is called “notice of the assignment,” according to 9-305.

The agreement of all parties is essential to establish a binding contract.

Suppose the affected party (the original lender) is confronted with the assignment of their rights by the borrower contests it. In that case, they can file an action against any assignee for damages according to Section 9-306. They need not prove actual damage since this provision is based on unjust enrichment. Rather than not being notified of the novation, they can sue for breach. The time limit to sue is four years after the cause and not within six months from when the borrower/assignor told them about the transfer in writing.

Read More:A Handy Guide On How To Connect Generator To House Without Transfer Switch?

For a substitution, all affected parties must be notified for there to be a binding contract. If an assignment is being done, all the steps need to happen, including recordation, to be effective against third parties. The original borrower can sue any assignee of their rights unjustly enriched from not being notified of the assignment.

In a novation, if one party makes a mistake entering into the contract or even neglecting its terms, it does not necessarily mean that the warranty is void or unenforceable. Parties who enter into contractual obligations assume the “duty of good faith and fair dealing.” This means that parties must not knowingly do anything to interfere with the other party’s rights under their contract, and they must cooperate in fulfilling theirs.

In real estate, what is an example of novation?

A lease transfers.
The transfer of a lease may be an example of a real estate novation. A primary tenant who signs a one-year lease with the landlord for an apartment, but wants to leave six months within the contract, can transfer the lease to a new tenant.

A novation is a settlement between two contracting parties to allow the replacement of one party with another.  Both original contracting individuals must approve the novation.

When should novation be used?

A novation is the transfer of rights and obligations between parties in a contract. In addition to transferring the benefits of a contract, novation agreements are required when the parties wish to share the burdens.

6 Fashion Books That Everyone Has To Read