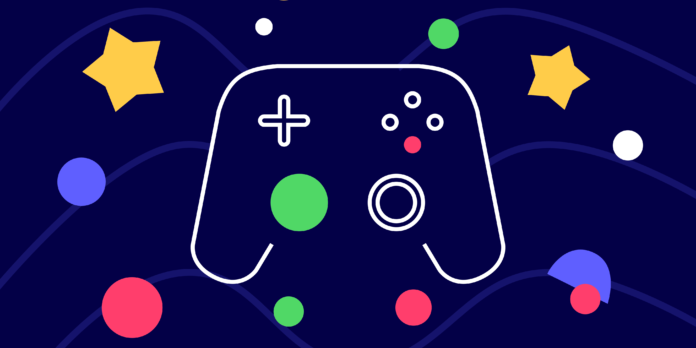 We are slowly getting the hang of Web3 gaming, where you are visually invested inside the game and side by side pocketing some money. Nevertheless, when you express your outlook to focus on P2E as a primary source, many are not pleased with your decision. However, the world has seen a significant hike in gamers with the Web3 gaming platform. This Web3 platform has not only provided gamers a chance to interact with one another but also enabled a potential revenue stream. People are getting pretty confident and gaining profit during their leisure time.

With all these advancements, the main question is, will the P2E gaming platform shadow the traditional 9-5 method of earning? Read through to find out.

Gaming in the Web 1 and Web 2 provided momentary joy to the players. However, with the progress in the game, the amount spent started increasing. As the ownership belonged to the developers, all the benefits were solely enjoyed by them. Also, the in-game assets collected were redundant outside the game. Making many gamers skeptical before spending their hard-earned money on them. Although the Web 2 era did solve some issues faced during the Web 1 era, it did not do justice to the players in shelling out their money.

With the advent of the Web3 era, promoting P2E gaming platforms turned the tables upside down. Web3 advocates a decentralized internet built on blockchain technology. This process has transferred the power completely to the players, who can monetize their in-game rewards as real-life money. Some games also have DAO, i.e., decentralized autonomous organization, that gives the players power to vote and put in their valuable comments for the game’s future development.

The in-game rewards are generally tokenized as non-fungible tokens, digital assets, which can then be sold or traded on the NFT marketplaces. Research showed that the NFT market size in 2021 was estimated to be worth $776.9 million. This is then expected to rise to $2845.1 million by the end of 2028, with a CAGR of 20.4% during the forecasted period 2022-2028.

The question remains, can people replace their ordinary jobs with P2E gaming?

Experts were urged to share their views on this subject. Ishank Gupta is the advisor of IndiGG, the largest DAO in India. He suggests that the P2E NFT platform can be a secondary source of income; however, it cannot take the place of traditional jobs. Further, he believes that the future of Web3 depends on India.

India has seen a constant increase in its engagement in the gaming industry. Covid was a big motivation behind the surge. During this time, with the shutdown mentally betting the people, Web3 gaming delivered relief and secondary income. Many even left their jobs to full time concentrate on gaming.

India is expected to house around 500 million gamers by 2024. He further adds that the app installing statistic shows that 17% of the downloading belonged to the Indian market. In 2021, it was observed that technological advancements successfully changed the face of generating revenue, automatically making blockchain addition a significant change in the past 10 years.

The early generation of P2E NFT games did replace ordinary jobs. Games such as Axe Infinity are a great example of this. However, there were many conditional gaps in tokenization, game depth, and overall dynamics and aesthetics of these games.

What are the major difficulties faced by the players?

The CEO and co-founder of Mokens League, Martin Repetto, indicated that the rising corruption, inflation, and depreciation of currencies are the popular reason for P2E NFT games to become the king in the market. A high inflation rate is considered harmful, as it decreases the currency’s value. As for the depreciation of currencies, this happens due to the factors such as economic fundamentals and potential instability.

Repetto further proceeds to say that it is no coincidence that P2E games are popular in emerging markets, economies, or countries.

Even though P2E games provide a perfect opportunity for a secondary income, they still cannot work for all countries. Let’s take Singapore, for instance. The record-high Gross Domestic Product (GDP) per capita reached around $66,176.39 in 2021. This said, even when the regular cost of living is higher in this country, 9 to 5 working people were less attracted to the P2E games.

Whereas, when you consider Kenya, the GDR per capita was around $1550.00, attracting many people towards this income model. It can also be used to address the current unemployment rate in the country.

With the generational advancements in the internet, the income of Web3 gaming was benefiting the user effectively. With this, there is a shift observed in the market. People are curious about Web3 P2E gaming and are moving significantly to the next level.

A report showed that India has the upper hand in developing Web3 P2E gaming. As mentioned earlier, the country is producing up to 500 million players by 2024. The concept of getting awarded while just playing the game, winning battles/tournaments, or selling and trading the NFTs has created a big thrill in developing countries.

The NFT sector is constantly on the rise. It has developed its branches towards various industries, such as art, music, and games. The gaming industry is majorly getting benefitted from the involvement of NFTs. Promising and uplifting the users as well as the developers. Giant companies will soon start their venture in this sector.

NFT development is a big leap for the world. However, replacing the ordinary 9-5 jobs will be a bit difficult. Nevertheless, proper research and prior planning can help you market in NFTs and earn profit as primary income. The market is big, and there is so much to explore.